Home Uncategorized What Plasma Is and How It Works 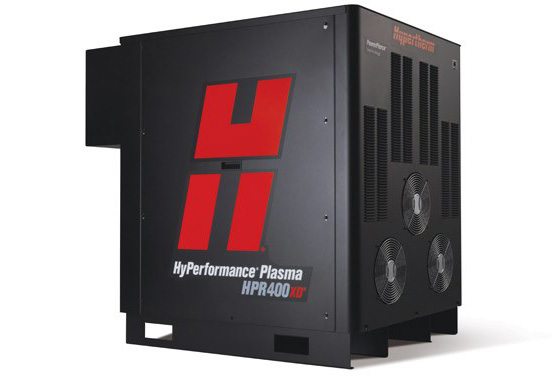 So, what exactly is plasma?  It is often described as the fourth state of matter. If the three states of matter are solid, liquid and gas, then we have deemed plasma to be the fourth matter. These states of matter impact how an element presents itself.  For example, water in the three states of matter is ice, water and steam and the difference between these assorted states is directly related to their energy levels.  The states can change and when we add energy in the form of heat to ice, for example, the ice melts and forms water.  If we were to continue to add more energy, that water would vaporize into hydrogen and oxygen in the form of steam.  Continuing on further, if we were to add more energy to the steam, the gases would become ionized, which is a process that causes the gas to become electrically conductive.  And thus we arrive at our fourth matter – this electrically conductive, ionized gas is called plasma.

Now that we know how plasma is generated, it is important to understand how it cuts through metal of various widths.  Plasma is focused through a torch and directed at metal to achieve precise, accurate cuts.  Plasma cutting utilizes electrically conductive gas to transfer energy from an electrical power source through a plasma cutting torch to the electrically conductive metals that are being cut.  Machitech Automation produces top of the line CNC plasma cutting systems with a variety of features and options but the basic plasma arc cutting system consists of a power supply, an arc starting circuit and a torch.  The combination of these system components provide the electrical energy, ionization capability and process that is necessary to produce high quality, highly productive cuts on a variety of different materials.  The open circuit voltage is typically in the range of 240 to 400 VDC. The output current (amperage) of the power supply determines the speed and cut thickness capability of the system.  Maintaining the plasma arc after ionization is something that can only be achieved with proper function of the power supply.  Further, the arc starting circuit is a high frequency generator circuit that produces an AC voltage of 5,000 t 10,000 volts at approximately 2 megahertz.  This voltage is used to create a high intensity arc inside the torch to ionize the gas, thereby producing the plasma.  He torch also serves  as the holder for the consumable nozzle and electrode, and provides cooling (either gas or water) to these parts. Also, the nozzle and electrode constrict and maintain the plasma jet.  If you are ready to invest in a high end, versatile, accurate, precise, state-of-the-art CNC plasma cutting system, look no further than the exceptional systems produced by Machitech Automation.

What Does a CNC Plasma Cutting Table Do?

Plasma cutting is the process of fabricating steel, aluminum, iron, and other metals using intense heat generated by a plasma-fueled torch. It is a powerful means of cutting metal, and when you add CNC controls to the mix, it is also one of the most efficient. CNC stands for computer-numerical control and refers to automated […]

How to Choose a CNC Plasma Cutter

Your custom fabrication shop has had some success, and now you’re looking for ways to take it to the next level. If you’re still fabricating by hand, you may be considering an investment in a CNC plasma cutting table. Doing so can certainly benefit your shop—it’s no secret that automated technology can improve cut quality […]